October 02, 2010
We have just returned from a roundabout journey to Johannesburg to meet our new grand son Jack! Our first two nights we spent with a delightful lady, Poppie van Wyk at her B&B in Kamieskroon.  We visited the Namaqua National park close by but many of the routes around Kamieskroon needed a 4x4.  Our two wheel drive car with low profile tyres was a nightmare on such roads! We even missed the opportunity of visiting Poppie's farm as our car just would not have made it.  I was very sad about that as the whole area is quite beautiful, and parts are very reminiscent of Cecil John Rhodes grave site in the Zimbabwean Matopos National Park. There were very few flowers as they had not had enough rain.  We did a lot of walking but the heat was incredible. I intended to paint and draw but didn't. 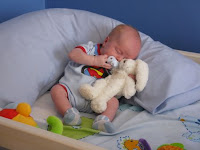 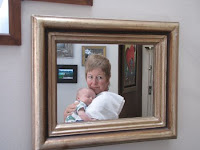 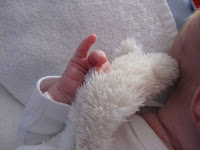