November 04, 2007
Hout Bay gets its name from the Afrikaans / Dutch word “hout” meaning wood. The Dutch colonists of 1652 needed large quantities of timber for building and other purposes, which was not available near their original settlement in Table Bay. They met their needs from an area around a bay between the southern end of Table Mountain and Constantiaberg. Hout Bay is now a suburb of the City of Cape Town with a population of over 42000 people, although many residents believe their village to be a separate entity they refer to as The Republic of Hout Bay.

The last weekend in October we paid a visit to Hout Bay and spent several happy hours looking for photographs in the interesting and colourful fishing harbour. A few playful seals added interest to the visit. Bryan managed to capture this picture of one of them playing with a fish head. 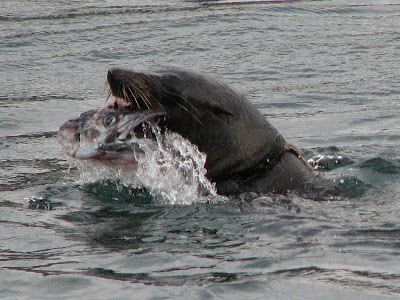 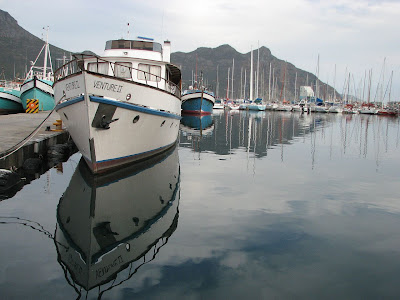 I have never taken photographs in a harbour setting before and was quite proud of this one. 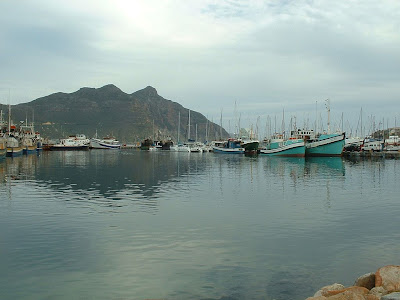 At about 6pm we started to feel a few hunger pangs that our late weekend brunch no longer kept at bay. We decided that a visit to the Chapman’s Peak Hotel for their renowned Calamari was an appealing idea. The timing was perfect as, sitting out on the balcony overlooking the bay, we had a grandstand view of one of the most spectacular sunsets we have seen for quite some time. This is one of many photographs I took. 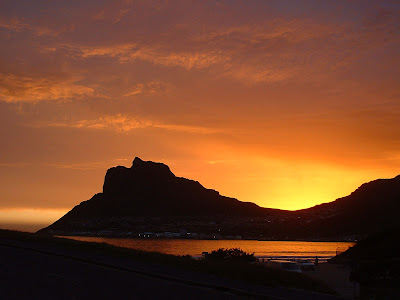