June 08, 2007
This was an extremely difficult painting to photograph. I used a smoother support material and combined with the slight gloss of the acrylic paints it reflects light and produces unwanted highlights and loss of contrast in the photograph. These are not visible when looking at the original painting. There is also some inaccuracy in the colour reproduction. In the original the reds and yellows are richer and more vibrant than they appear in the photograph. 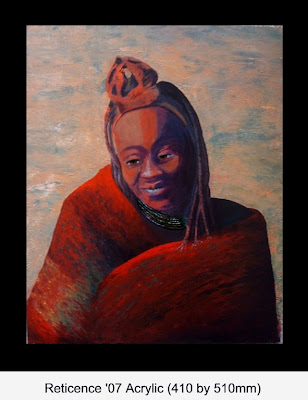 November 28, 2009
The last few "quickies" from Cheval Voyeur Farm. This was a quick oil while there was still quite a lot of water around. A charcoal sketch done while hiding in the bushes trying to keep out of the sun!
11 comments
Read more